Anti-Marriage Equality Arguments Are Only Getting Dumber

A Law Student Points Out Some Logical Flaws In The arguments Of Anti-Gay Activists.

The arguments against gay marriage have always been dumb. They’re getting dumber. 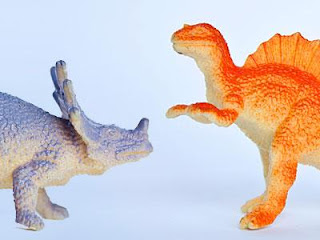 The arguments against marriage equality have never been good. But now that the opponents have lost so many battles, now that it's clear the country has irreversibly turned in favor of same-sex marriage, the old arguments — you know, breakdown of the family, being gay's a choice, sexual anarchy, blah blah blah – have to be discarded. Luckily, even dumber arguments — if that’s possible — are waiting to take their place.

Witness Indiana governor Mike Pence's new argument that same-sex marriage stunts economic growth. According to Indiana TV station WFIE, “[Pence] says that many of the 32 states that define traditional marriage in their charters have some of the fastest-growing economies, including Indiana, drawing a correlation between a ban on same-sex marriage and economic development.”

Meanwhile, the National Organization for Marriage, always ready to appropriate an idiotic argument, pounced, featuring Pence’s statement in a favorable blog post and in the organization’s national newsletter.

We have no idea whether it’s true that there exists a positive correlation between anti–marriage equality laws and economic growth. But let’s accept the premise. By this logic, same-sex marriage bans also cause obesity, low education levels, and low median household income levels. Nine of the 10 fattest states in the country have constitutional bans on same-sex marriage; the tenth, West Virginia, prohibits it by statute. Of the 10 states with the fewest college-degree holders, nine have constitutional bans, and again the tenth is good ol’ West Virginia. And all 10 states with the lowest median household income decline to recognize same-sex marriage. So, we suppose, if marriage equality bans help economic growth, they also stunt healthy eating, education, and incomes.

Ah, but NOM is not finished yet. It has another terrifying consequence to add to the list of things that supposedly will (but actually don’t) happen when gay marriage is allowed. This one, though, might actually come true. In that lovely newsletter of theirs, NOM quotes the chilling story told by Mechi Richards of Argentina, where gay marriage has been legal since 2010. As paraphrased by World magazine, Richards described the horrifying consequences that occurred soon after marriage equality passed: “[Richards] said many Argentinians didn’t think the new law would affect them, but passage has led to a completely redesigned sexual education that teaches gender equality and minimizes the traditional family.”

The schools are teaching gender equality? Head for the hills. We thought that gay marriage would mean kids would be taught that gay people are equal (bad enough!), but now they’re trying to brainwash kids into thinking that women are equal too!

Ho-hum, though. These are the types of hilariously awful arguments that pervade the National Organization for Marriage and antigay organizations like it. They are desperate. They know they’ve lost, but they can’t go down without spewing as much nonsense as possible.

President Obama was right when he said that people of goodwill can differ on the question of marriage equality. The problem now is that most of the leaders of the antigay movement lack either goodwill or intellectual seriousness.
Posted by End Bigotry in Venango County at 6:11 PM

Don’t spend another minute fighting with your spouse in pointless
passive aggressive behavior. This solution will set your mind
at ease once and for all.

There’s a simple, paint by numbers formula for saving your marriage
and it can be working for you in less than an hour.

Take back your relationship AND your life!

Secret to Marriage Reconciliation – Take Back Your Life

Talk to you soon,