The Bullies of Venango County 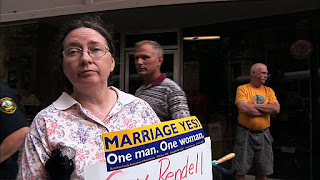 A New Report Examines the Anti-Gay Lobby’s ‘Pro-Bullying Agenda’ and it is directly applicable to the tactics used by Venango County's very own anti-gay extremist organization, the ironically-named American Family Association of Pennsylvania (whose prez, Diane Gramley, is pictured at right).

As students around the country participated Friday’s “Day of Silence” to show solidarity with bullied LGBT children and teens, anti-gay activists continued to step up their efforts to prevent schools from protecting bullied students.

A new report from People For the American Way (PFAW) details the efforts of right-wing activists and organizations to prevent school districts from implementing strong anti-bullying policies that protect LGBT and LGBT-perceived students.

“It’s no secret that anti-gay bullying is a growing problem in our schools,” said Michael Keegan, President of People For the American Way.

“Yet anti-gay activists are determined to keep parents, teachers and administrators from confronting the problem. “It’s almost unbelievable that there are organizations dedicated to opposing anti-bullying programs, but they’re out there and stronger than ever. These groups are so determined to fight every step of progress for LGBT rights that they’re willing to hurt children and teens in the process. That’s just shameful.”

The new report supplements a PFAW investigation released last year, updating it with the latest activities of the anti-anti-bullying movement, including:
Read the full report HERE.
Posted by End Bigotry in Venango County at 6:24 PM No comments:

Study Says: Homophobes May Secretly Be Gay Themselves

People, In A Homophobic Society, At War With Themselves
by Caroline May for The Daily Caller: 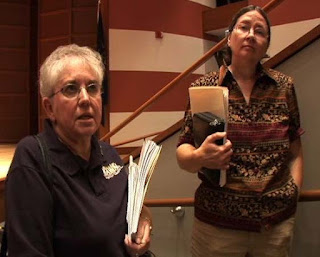 Their research concluded that the intense fear and repulsion college-age homophobes feel toward gays and lesbians is likely due to the fact that they see similarities in themselves.

“Individuals who identify as straight but in psychological tests show a strong attraction to the same sex may be threatened by gays and lesbians because homosexuals remind them of similar tendencies within themselves,” said lead author Netta Weinstein of the University of Essex, according to Science Daily.

The research, due to be published this month in the Journal of Personality and Social Psychology, took place in four different places in the United States and Germany, with an average of 160 college students in each location.

The researchers tested their subjects on their own sexuality and then measured the discrepancy between what the participants said about their own sexual orientation and how they reacted to timed tasks, including associating themselves with words and images they deemed as “gay” or “straight.”

Quickly associating himself or herself with a “gay” image and slowly associating with a “straight” one implied that an individual was gay.

The study also examined the participants’ upbringing and their own levels of so-called “homophobia.”

“In many cases these are people who are at war with themselves and they are turning this internal conflict outward,” said co-author Richard Ryan, professor of psychology at the University of Rochester.

The study also found that people who grew up in supportive households were more likely to be in touch with their own sexual orientations.

“In a predominantly heterosexual society, ‘know thyself’ can be a challenge for many gay individuals. But in controlling and homophobic homes, embracing a minority sexual orientation can be terrifying,” Weinstein added.
Posted by End Bigotry in Venango County at 4:43 AM 3 comments: