by Peter Montgomery of People for the American Way - The Huffington Post - July 23, 2013: 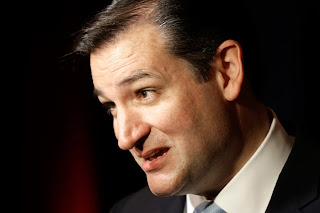 Right-wing media and elected officials play a crucial role in moving fictional manufactured "crises" and false "threats" to liberty from the imaginations of religious right leaders into the media and public airwaves where they are treated with a credibility they do not deserve. Republican presidential hopeful Sen. Ted Cruz has just given us a great example.

Cruz was in Iowa last week meeting with a group of conservative pastors organized by Christian-nation advocate David Lane. During that visit, David Brody of the Christian Broadcasting Network asked Cruz about conservative fears that marriage equality would lead to preachers being charged with hate speech for preaching against homosexuality -- Brody has just posted Cruz's response.

Cruz made no mention of First Amendment protections for freedom of speech and religion. Instead, he said that "Christian pastors who decline to perform gay marriages" and who "preach biblical truths on marriage" have been prosecuted in other countries, and added, "I think there is no doubt that the advocates who are driving this effort in the United States want to see us end up in that same place."

Cruz is lying about advocates for marriage equality, who have universally recognized that the First Amendment protects the rights of clergy to preach their beliefs about homosexuality and to refuse to give their religious blessing to same-sex couples (the same way it has always allowed clergy to choose not to marry divorced couples or interfaith couples). 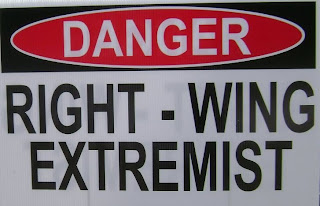 Religious right leaders made the same ridiculous claim about including gays in federal hate crimes laws -- that it would lead to preachers being dragged from their pulpits for preaching that homosexuality is a sin. Of course, since the law's passage in 2009, there has been no shortage of anti-gay preaching, and no cases of preachers being tossed into jail for their beliefs. Early in the Obama administration, Right Wing Watch debunked another phony threat to religious freedom that was concocted by a Religious Right legal group, promoted in right-wing media, and then picked up by members of Congress.

These bogus charges have a toxic effect on our public discourse by convincing millions of Americans that gays -- or President Obama -- are out to destroy faith and freedom. Politicians like Ted Cruz who spread this poison should be held accountable for their irresponsible actions.
Posted by End Bigotry in Venango County at 4:07 AM